Celebrating Hanukkah with a rap

Congregation B’Nai Emet presents a play, candle-lighting ceremony and lots of goodies during the festivities on Dec. 14 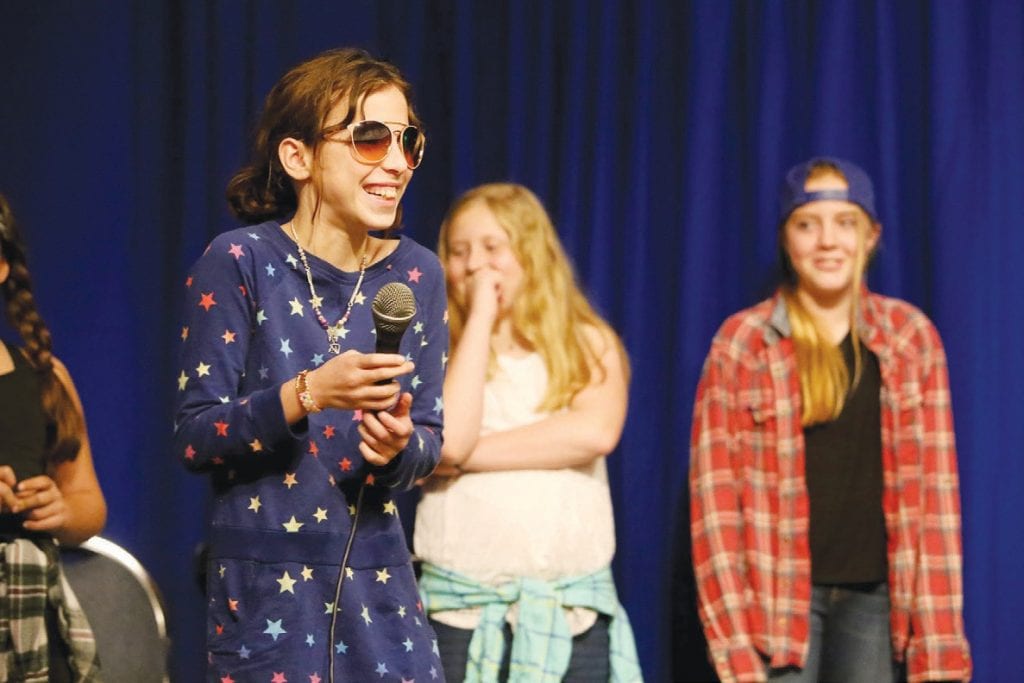 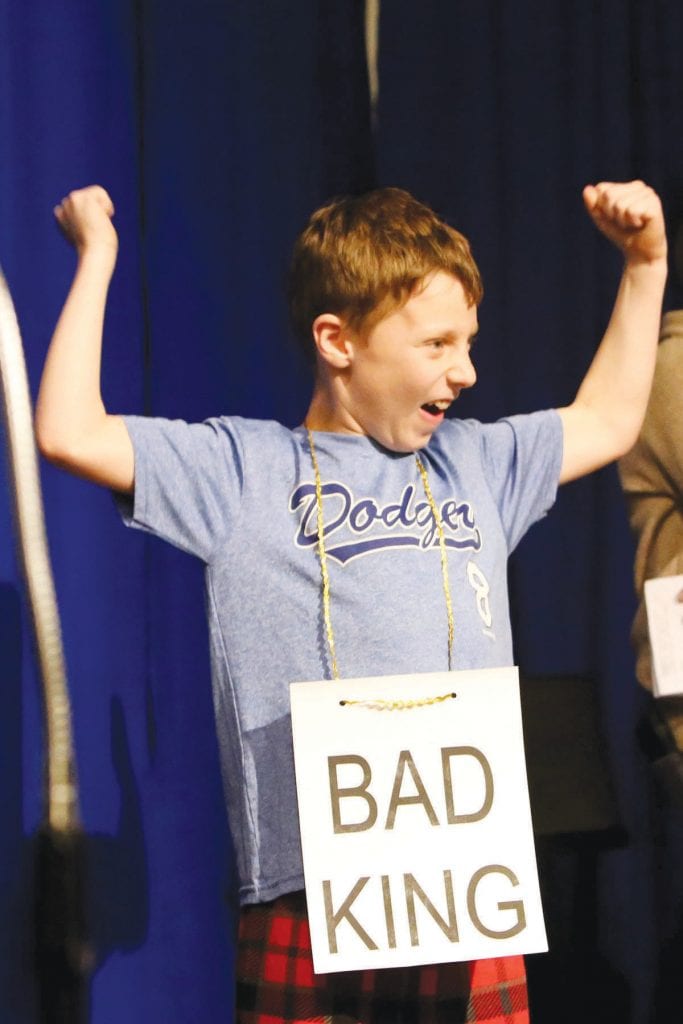 ON STAGE—Simi Valley resident Benjamin Bahr plays the Bad King as part of a Hanukkah Rap Dec. 14 at the congregation’s Hanukkah party. Besides the Hanukkah Rap, the event included a production of “Casa Hanukkah” by the CBE Adult Players. 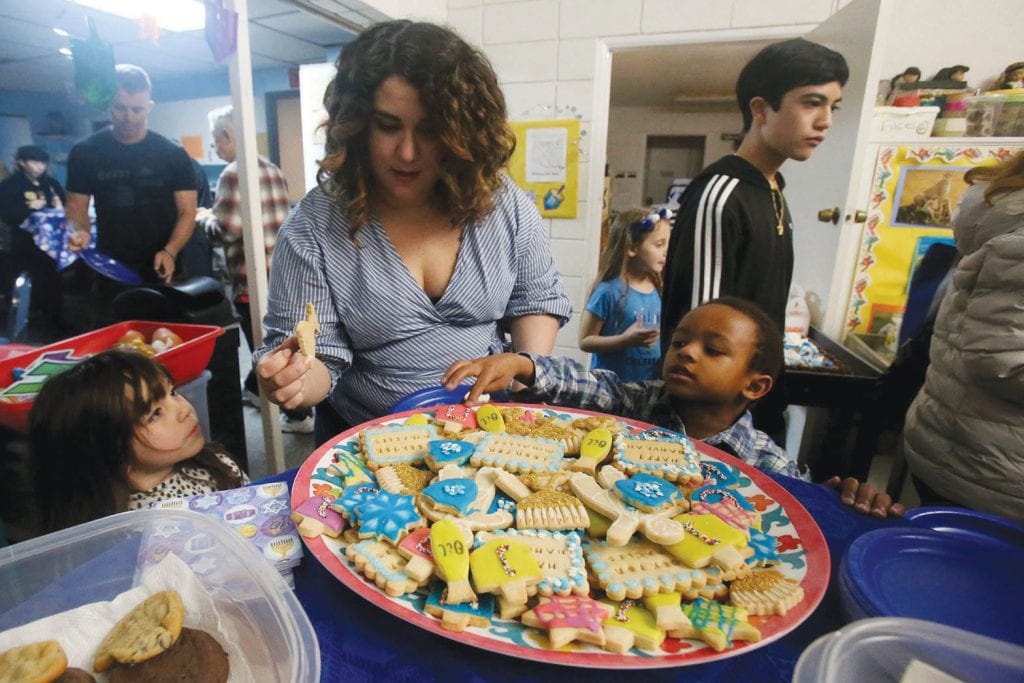 WHAT WE HAVE NOT LEARNED | HOLOCAUST SURVIVORS REFLECT ON THE STATE OF THE WORLD, FROM WWII UNTIL TODAY

Is history destined to repeat itself?

Did we learn anything from the Holocaust or other atrocities, like the Armenian genocide that exterminated 700,000 to 1.5 million Armenians or, more recently, the Rwandan genocide in 1994, when 70 percent of the Tusti population was wiped out?

According to two Holocaust survivors, Harry Davids and Lea Radziner, history always repeats itself, things are not getting better anytime soon, and we haven’t learned much.

“Have people learned? Some have. But not too many . . . not enough,” said Davids, who was born in 1942 during the World War II genocide of the European Jews, which occurred between 1941 and 1945 across German-occupied Europe, exterminating around two-thirds of Europe’s Jewish population.

For Radziner, who was born in 1938, “I never thought that things could get worse, but unfortunately, it’s not getting better. It’s very sad to see what’s happening in the world, and we can speak and hope it makes a dent.”

Davids and Radziner, who both live in Los Angeles, were recent guests at Congregation B’nai Emet in Simi Valley, where they shared their personal stories of life before, during and after the Holocaust. Their visit was part of the program, L’Dough V’Dough, presented by the Los Angeles Museum of the Holocaust.

L’Dough V’Dough is a play on words based on the Hebrew phrase, l’dor v’dor, which means “from generation to generation.” During this event, in which about 40 people were broken up into smaller groups surrounding large tables, attendees rolled out and braided Challah, which is egg bread eaten on the Sabbath, while Davids and Radziner shared their stories. The event was dedicated to Tom Kovar, of Thousand Oaks, a Holocaust survivor who recently passed away.

Before the program began, Davids and Radziner, as well as Rabbi Michele Paskow, shared their wisdom and insight with the Ventura County Reporter, looking back on the Holocaust and where we stand today as a nation — and humanity.

“It’s not just a matter of not repeating (history) again, it’s also hearing their stories and what they went through,” Rabbi Paskow said. “So you kind of use it as a cliché, ‘oh we’re going to do this so we never do it again,’ that’s true.” But it’s also about hearing their stories, their bearing witness to what they experienced, that serves as a reminder, “it’s a real thing that happened.”

Anybody is a target

“We’ve learned to be aware of what’s going on in the world,” Rabbi Paskow said. Reflecting on atrocities like the Holocaust “also teaches us to put our lives in perspective, the things we do have to be appreciative of. This could be the most perfect day, even though all I did was my errands in Simi Valley . . . that’s a day of blessing.”

The bigger lesson is learning about the world and keeping things in perspective, “and being vigilant and looking at what’s going on around us, and trying to prevent terrible things like that from ever happening again — so that’s the bigger picture,” Rabbi Paskow noted.

According to Davids, history always repeats itself, because “the world doesn’t normally learn from history.”

“We’ve already had genocides; based on some estimates, more people have died in genocides in the 74 years since the Holocaust ended, even though we know so much more about genocides than we did before,” he said. “The Holocaust serves as a textbook example of how genocides develop, how they progress, and how they end. And the fact is that the world has not learned from that – not yet.”

In some ways, however, “we’re in a better place . . . because people are speaking up,” Rabbi Paskow said, adding that many vigilant groups are unafraid to express, “this is racism, this is offensive, this cartoon is offensive, these statements are offensive.” Thanks to freedom of speech, people can say “this is not funny, this is dangerous, some things are beyond what’s acceptable.”

Julia Davis, education director at the Los Angeles Museum of the Holocaust, prepares dough for guests. Photo by Alicia Doyle

Because there’s so much going on in our society, “people are very on edge and very vigilant,” Rabbi Paskow continued, adding, “it’s not only Jewish people. Anybody who has a vulnerability is a target — you’re a woman, you’re a white man, you’re gay. Everybody has a vulnerability . . . why should anyone be targeted for their sexuality or identity? We need to teach respecting one another.”

People may have different ideas or beliefs, but in order to live together, we need to figure out how we can work together, she said, further noting the Simi Valley Interfaith Council is “multi-faithed” with a purpose to live by the Golden Rule, “and to know each other, to befriend each other, to learn from each other, and in the case of certain events, to be there to help each other.”

That’s exactly what happened before the Holocaust, Davids emphasized. It’s happened with other genocides, too, “where you had these groups who believed that they are superior to other groups; the other groups need to be dominated, even removed — in some cases, even killed.”

The Rwandan genocide ended only 25 years ago, and “everybody could see it coming,” said Davids, adding this atrocity “could have been prevented.”

Peace keeping forces wanted more troops, and instead, all the countries involved – including the United States – brought all their forces back home. “And that left the door open, and within 100 days, you had 800,000 people slaughtered . . . and that was years after we knew so much about the Holocaust.”

“So it doesn’t seem that we’ve learned much,” he said. “The United States was in just as good a position as anybody else to prevent it.”

Lack of political will is a problem, he emphasized, noting that politicians “don’t want to get involved in something going on in a . . . country of people that have nothing in common with us, except maybe our common humanity. And these people don’t think about common humanity. They’re not humanitarian, that’s the reality, that’s why it keeps happening. Until people come to accept that anybody’s a human being . . . it keeps happening.”

A change of role

Even after the Holocaust ended, when Davids was a child growing up in Africa, other young children in his school would call him “a dirty Jew.”

“They had no idea what happened, their parents didn’t even know what had happened,” he remembered. “All they knew about was the military war of World War I, which had nothing to do with the Holocaust really.”

But as he grew older, the laws there worked in his favor, “because I happened to have a white skin. And this was the country of apartheid, which means segregation, the most segregated country on earth for several decades.”

Later on, when he turned 21 during his last year of school, “I was now entitled to vote because I happened to have a white skin. And I wasn’t even born in the country.”

This was a right denied to the majority of people in the country who had black skin, “so my role had completely reversed. Now, instead of being a victim of the prejudice and racism that I had experienced — although I don’t remember it in Europe — I’d now become a beneficiary of those things in South Africa because of the color of my skin. It’s a change of role.”

Ethics of Our Fathers

Radziner was born in the Netherlands in November 1938 the day after Kristallnacht, when German Nazis attacked Jewish people and their property. The name Kristallnacht (“crystal night”) refers to the litter of broken glass left in the streets after these pogroms.

“It was in 1950 or so that my mother remarried, after my father had been killed during the war, and we went to South America,” remembered Radziner, who went to Argentina after the war, spending five years there, followed by three years in Brazil.

In her 20s, when she first came to the United States, “It was heaven. I loved being here. It was all wonderful,” she recalled. “Now, maybe because I’m grown up and I know more, I see more and what is happening — but I love living here.” Still, “Unfortunately, there’s more anti-Semitism than ever, and I see it in this country where I never thought I would see these sad things. It’s very disturbing what’s going on.”

Nevertheless, Radziner added: “you have to have hope.”

Davids noted a famous Jewish saying that comes from Pirkei Avot, which means “Chapters of the Fathers,” but is generally translated as “Ethics of Our Fathers.”